Porter-Cable has been around since 1906 and they’ve been making power nailers for over two decades.Let’s look at these two framing nailers and decide which model will be the right tool for your next project. 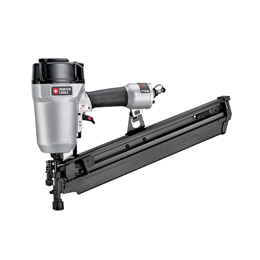 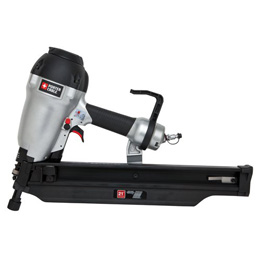 When the FR350A emerged on the scene about a decade ago it had features that delighted contractors. Let’s look at this tried-and-true nailer now.

This is the newer model of the FR350. Let’s see how it measures up to the older nailer.

Here’s how to choose—let’s see which details make one of the nailers right for you.

If you want a nailer that contractors have used for over a decade, go with the FR350A.It’s been tested and tried and found to be a real pro’s tool. It’s slightly smaller than the FR350B, and the FR350A holds more nails in its magazine than the FR350B does.

If you’d like a newer model with some updated design features, go with the FR350B. If you do a lot of overhead nailing, the F350B is lighter in weight. It’s also easier to keep the exhaust out of your face because the deflector rotates to twice as many positions. And if you often switch from single shot to contact nailing, the FR350B makes it easy to change between the two modes.